Cairns Luxury Coaches are recognised as leaders in Passenger Transportation Services in North Queensland. We have set the standard for Bus and Coach service in recent years. Our clients can expect first class service every time they choose Cairns Luxury Coaches. Our Fleet caters for every possible...

Cairns Bus Charters is an industry leader in providing safe, reliable and professional Self-Drive and Chauffeured Bus services for all purposes, to all locations, Australia wide. Our modern fleet ranges from 8-seat people movers to 60-seat coaches with our friendly, professional staff able to assist... 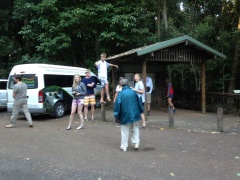 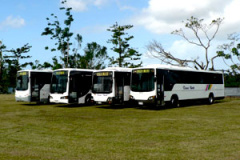 Krystal Transport offers 30 shuttle bus transfers a day between Cairns, Port Douglas and Cairns Airport.Traveling in an air conditioned minibus at the best available price, we will help out those unfamiliar with the area with free maps. Our friendly driver can offer advice and will also point out la...

Heading to Port Douglas or Palm Cove and now working out how to get from Cairns Airport? Look no further ........ Exemplar Coaches and Limousines is a boutique transfer company with modern sedan-limousines and coaches, managed by friendly and expert staff.

Airport Connections is a true airport transport dedicated service. Providing Cairns airport shuttle services to and from the Cairns International Airport including Cairns City, Northern Beaches, Palm Cove and Port Douglas. We will meet and greet you at the airport then take you directly to the d...

We are proud to be a supporter of our community and we are happy to say that we are supported also by our community in return. Our total fleet exceeds more than 40 vehicles, we are recognized as an industry leader in Far North Queensland. You also can benefit from our wealth of local knowledge to ma... 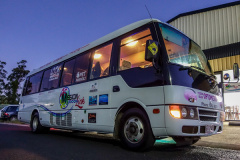 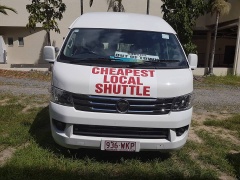 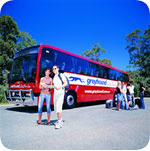 Greyhound Australia is Australia's only national bus service. We provide comfortable, hassle-free, and affordable coach services to people of all ages and to all corners of Australia. We travel to the far reaches of Australia daily, ensuring that our passengers can get off the beaten track and truly...

We are a proud company supplying our valued customers with first class style and comfort from their long journey or even their start of the great journey Family Owned and Operated With great knowledge of the Far North Queensland Servicing Cairns to Port Douglas Daily,

Port Douglas Bus is a subsidiary of BTS Tours and has been providing transport services in the Port Douglas and Cairns region for over 25 years. Based in Port Douglas, BTS Tours (previously called Bloomfield Track Safaris) was founded by Rob and Ann West in 1985 where they pioneered Guided 4WD To...

About Bus Travel For Cairns

The local bus transport company provider in Cairns is Sunbus.  Popular Sunbus routes of interest to visitors in the region include Cairns CBD, the Northern beaches such as Palm Cove, Yorkeys Knob, Trinity Beach, Kewarra Beach, Holloways Beach and Smithfield, and Southern suburbs including Edmonton and Gordonvale.  These routes will get you to major shopping centres including Cairns Central and Earlville Shopping centres, as well as major tourist attractions such as the Cairns Tropical Zoo and Hartley's Crocodile Adventures at Palm Cove, the Kuranda Scenic Railway Station in the Cairns City and the Skyrail Rainforest Cableway and Tjapukai Aboriginal Cultural Park at Smithfield.  The Sunbus is also a cheap and easy option to visit many of the Northern Beaches, where you can enjoy the sun, sand, water and relax.

Sunbus fares can be paid onboard with cash, with change given.  Single fare tickets have a two hour transfer time in the paid zone.  Unlimited daily and weekly tickets are also available.  Concession pricing is given to Children under 14, Students, Pensioners, Seniors and Veterans (Photo Id is required to get discounts).  You can use Sunbus website at www.sunbus.com.au to get directions on how to get to your destination, including bus stops, numbers and times.  This is very handy for visitors who are unfamiliar with bus routes and times.

Looking to travel more of Australia by bus? Then you will want to consider Greyhound, who travels nationwide.